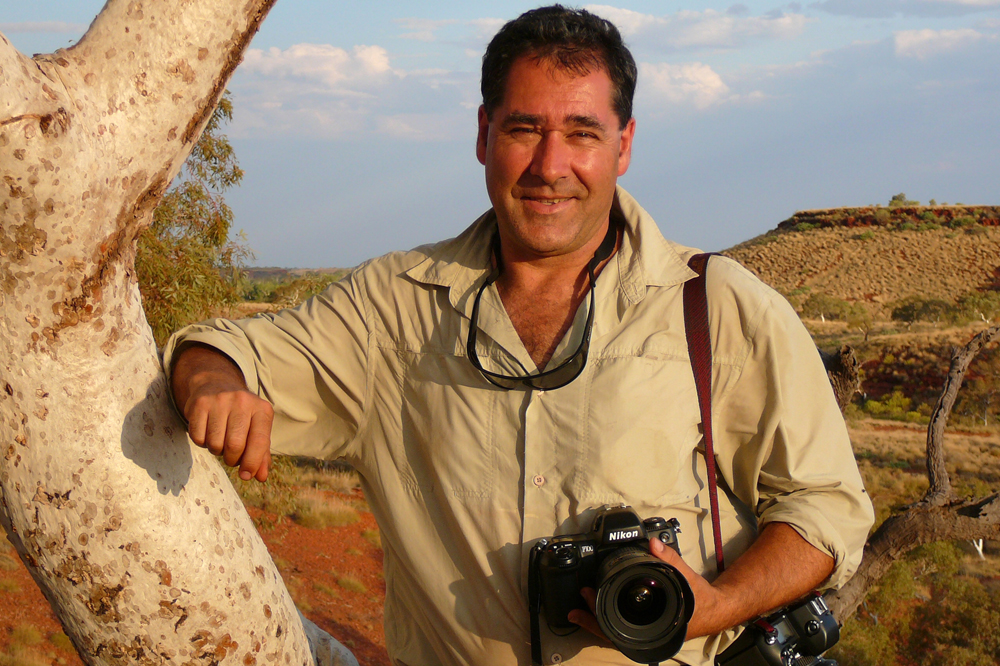 A LITTLE BIT ABOUT ME

I’m a Sydney-based professional photographer with over 30 years of experience capturing people and places in Australia, New Zealand, South Pacific, Europe and Asia.  My clients include government organisations, corporations, tourism agencies, magazines and book publishers, as well as small and medium size enterprises.

My texts and photos are published in major Australian, New Zealand, German, French and American magazines and publications. I’m a regular contributor to the Journal of the Australian Geographic Society and since 2002, have been a member of LOOK, one of Germany’s leading image libraries.

Born in Murnau in Bavaria/Southern Germany, I graduated in economics and did my apprenticeship with the leading German travel magazine ABENTEUER & REISEN. For six years from 1987 to 1993, I worked as an editor for the mountaineering magazine, BERGE. I’ve been working as a freelancer ever since and am the author and photographer of several books. I moved to Sydney/Australia in 1995.

Reliability, creativity and quality are the three guiding principles for all my commercial and editorial photography work. Combined with more than three decades of experience in the field and a great diversity of topics covered, you are guaranteed to receive outstanding results that meet your brief and are delivered to the highest standard.

Every photo shoot I take on is 100% tailored to your needs and visualising your ideas. What’s more, I pride myself in forming lasting and fruitful business relationships with every client, no matter how big or small the assignment.

The finished product will be edited, retouched and printable images in the format and specifications required.

"A very subtle difference can make the picture or not."

"Photography is more than a medium for factual communication of ideas. It is a creative art."

"No matter what your cultural sophistication or what language you speak, everyone can understand images."

"In photography, the smallest thing can be a great subject. The little, human detail can become a Leitmotiv."

Want to learn more? Get in touch